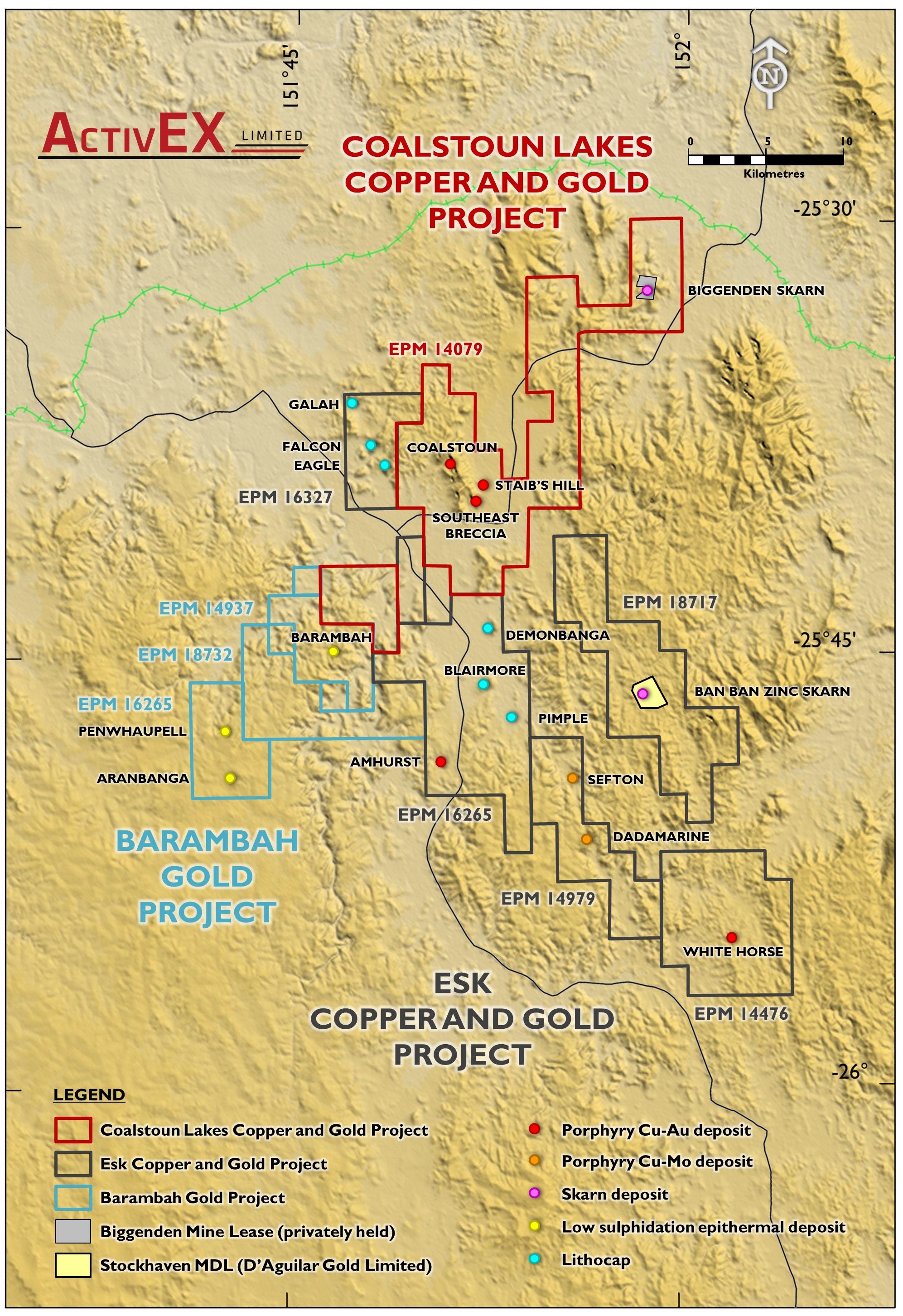 EPM 14937 sits within the Esk Basin (formerly Esk Trough), a tectonostratigraphic member of the Devonian to Triassic New England Orogen.

The Barambah deposit consists of a number of gold and silver mineralised veins hosted by the Aranbanga Volcanic Group, which consists of a number of polymictic to monomictic pyroclastic breccia, rhyolitic lapilli-ash tuff and rhyolitic lapilli-ash tuff and lesser intrusive andesite (Figure 2). The veins are cut by quartz-feldspar phyric rhyolitic dykes, particularly to the north of the historic mining.

The most heavily mineralised vein, the Main Vein, typically ranges from 0.5m to 1.5m in width and outcrops over a distance with an average strike of 330º and a variable steep dip of >75º to the southwest or northeast.

Oxidation from weathering has overprinted the system and the resultant supergene processes have increased of gold (but not necessarily silver) in the oxidation zone.

is investigating the near surface mineralised zones for potential open pits.

The resource estimates are based on a total of 76 drill holes (29 reverse circulation, 7 combined RC/diamond and 40 diamond drill holes) for a total of 7,658m with 4,218 gold and silver assay samples generally of one metre length. A mineral wireframe was developed for the deposit at a nominal 0.1g/t Au and/or 20ppm Ag cut off. Dimension of the deposit is approximately 600m strike, 100m to 200m down dip with thicknesses ranging from a few metres to 15m. Other wireframes include peripheral mineralisation, base of oxidation and top of fresh rock, which are based on logging codes.

The oxide gold was modelled horizontally whereas the primary gold and both the oxide and primary silver were modelled in the direction of the steeply dipping structure.

A total of 554 one metre composites were extracted from the drill hole database using the mineral wireframes. Top-cutting was applied to provide a measure the effects of extreme values on the estimate. A top cut of 20g/t Au was applied to the gold composites which affected 7 samples and resulted in a 15% drop in the mean gold value; for silver a top cut of 600ppm was applied affecting 4 samples causing an 11% drop in mean grade.

Reporting of the resource estimate used a 0.5g/t gold cut off with a partial percent volume adjustment for the relevant mineral wireframe. Density data was used to develop average values for oxide zones. Maximum extrapolation was 25m beyond the last drill hole.

All resources are classified as Inferred based on the wide drill hole spacing, the geological model and the lack of grade continuity (Figures 3, 4, and 5).

ActivEX has been successful in securing a grant from the Queensland State Government under Round 8 of the Collaborative Drilling Initiative (‘CDI’), refer ASX announcement 1 September 2014. The CDI funding will contribute up to $85,000 of drilling costs to extend drill testing of the highly mineralised Barambah gold-silver vein system. Four diamond core holes for a total of 1600m are planned; targeting a large geophysical Controlled Source Audio Magnetotellurics (CSAMT) conductivity anomaly believed to represent a horizon of pyroclastic breccia which may be favourable for structural dilation and mineralisation. 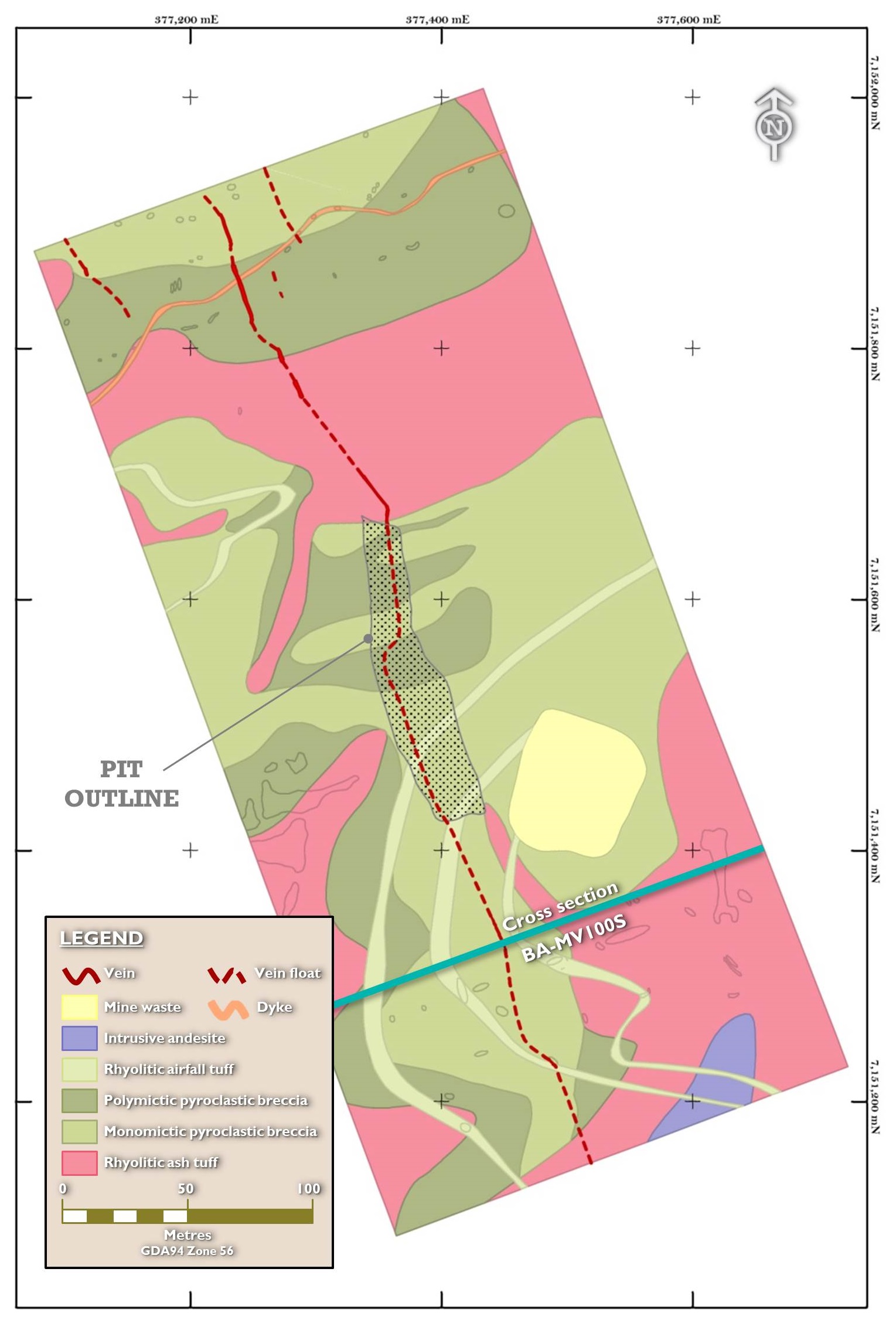 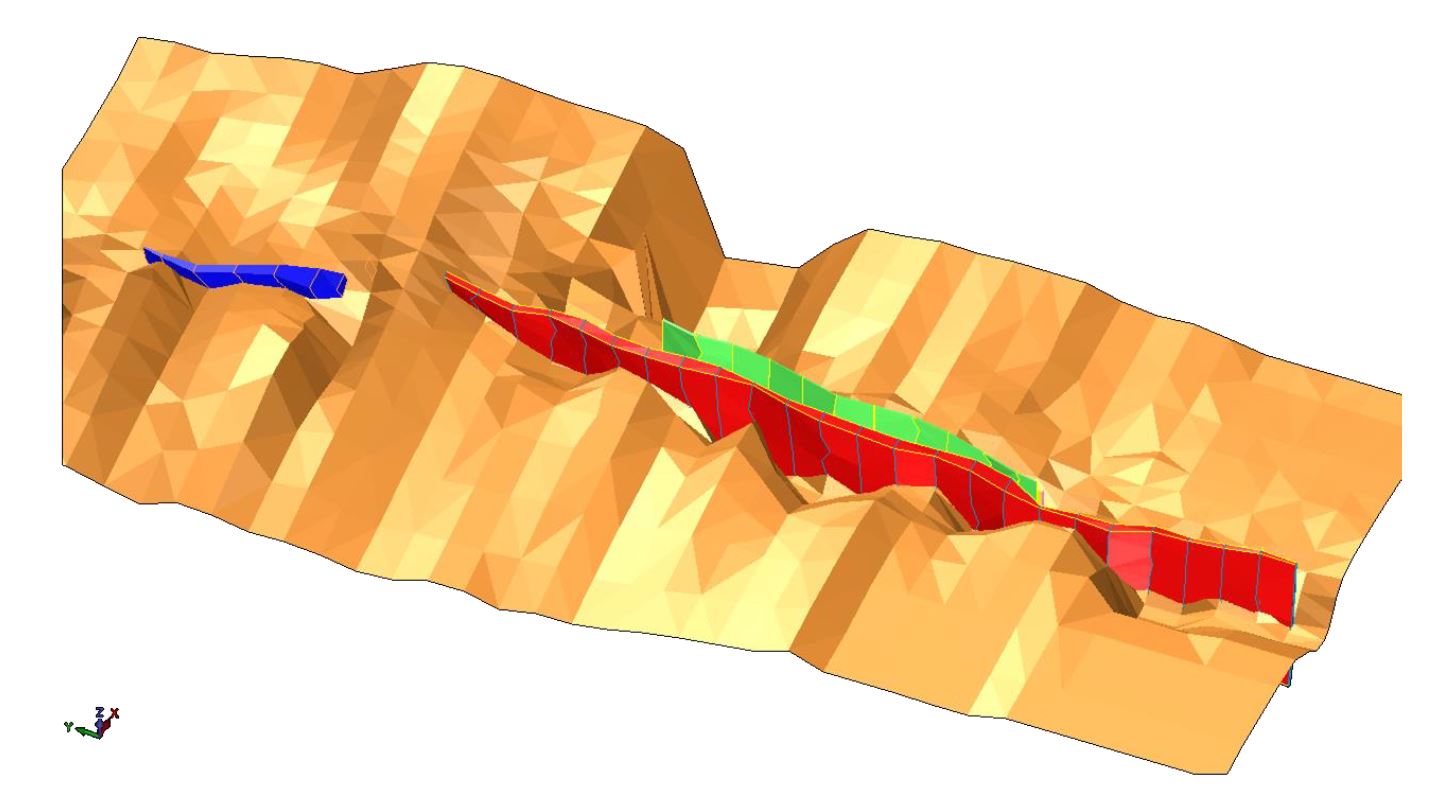 Figure 4: Mineralised veins with base of complete oxidation 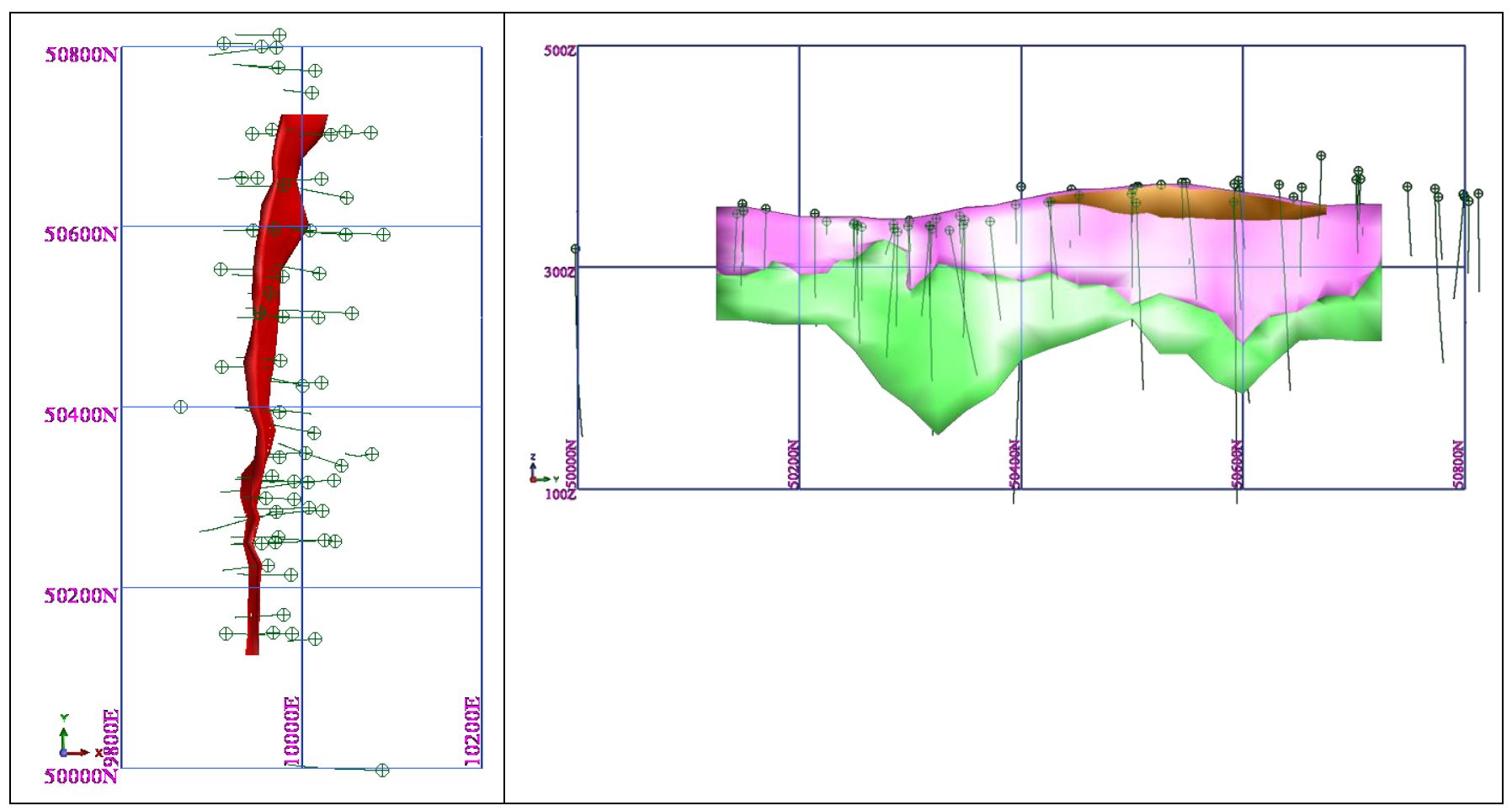