acquired the Coalstoun tenement (EPM 14079) from Newcrest in November 2013 with formal transfer completed in late July 2014 (Figure 1). Resource estimates have been completed within approximately eight months of tenement transfer and have exclusively used historical information.

is investigating the near surface mineralised zones (Figure 2) for potential open pits and up drilling is planned to target extensions and zones of supergene secondary copper mineralisation with the aim of expanding and upgrading the established Inferred Resource.

The deposit is located within the Coalstoun tenement (Figure 1) and is situated about 25km east of Gayndah in southeast Queensland.

EPM 14079 sits within the Esk Basin (formerly Esk Trough), a tectonostratigraphic member of the Devonian to Triassic New England Orogen.The Coalstoun Intrusive Complex occurs as a Middle Triassic Cu-Au-Mo mineralised porphyry system emplaced in meta-argillites of the Goodnight Block during regional shortening across the Northern New England Orogen in southeast Queensland (Figure 3). The Coalstoun copper deposit is associated with a topographic low surrounded by hills of the Walla Range, in the middle of the complex. Hydrothermal alteration and mineralisation characterised by multiple porphyritic intrusions and associated igneous-matrix breccias.

At least three intrusives are known from the drill hole information. Two are syn-mineral, porphyritic intrusions and one is a smaller post-mineral porphyritic intrusion. The syn-mineral intrusives vary in xenolith percentage to form ‘igneous breccia’ which are common throughout the area. Two hydrothermal breccia phases have also been identified grading from quartz-pyrite dominant to anhydrite, although the anhydrite phase appears to post-date mineralisation.

The resource estimates are based on a total of 48 drill holes (9 reverse , 1 combined RC/diamond and 38 diamond drill holes, Table 2) for a total of 12,701.6m with 5,316 copper assay samples mainly varying in sample length between approximately 0.5 and 6 metres. Wireframes were interpreted at a nominal Cu cut off of 0.1% for the primary mineralised intrusive and the oxide mineralisation with oxidation surfaces also generated (Figure 4). The surface dimensions of the mineralisation at a 0.3% Cu cut off are approximately 1.1km by 0.5km, extending to 0.5km in depth.

Copper mineralisation consists of both and veinlets of chalcopyrite, chalcocite or copper oxides depending on the depth of oxidation from weathering processes. Samples from surface appear to be depleted of copper mineralisation when compared to deeper samples. Below this oxidized zone is a secondary sulphide supergene/partially oxidized zone ranging from 0.5m to approximately 36m thick that lies at a depth of about 15-35m below (Figure 5). This supergene-partially oxidized zone lies on top of the primary mineralised intrusive (Figure 2).

A total of 3,435 three metre composites were extracted from the drill hole database using the main mineralised intrusion wireframe; No top cutting was applied to the data.

Reporting of the resource estimate used a 0.3% copper cut off on un-cut data with a partial percent volume adjustment for the mineralised intrusion wireframe. Default density values were used as no density data could be obtained from historic reports.

All resources are classified as Inferred based on the wide and irregular drill hole spacing, limited QAQC data and lack of density data (Figures 4 and 5). 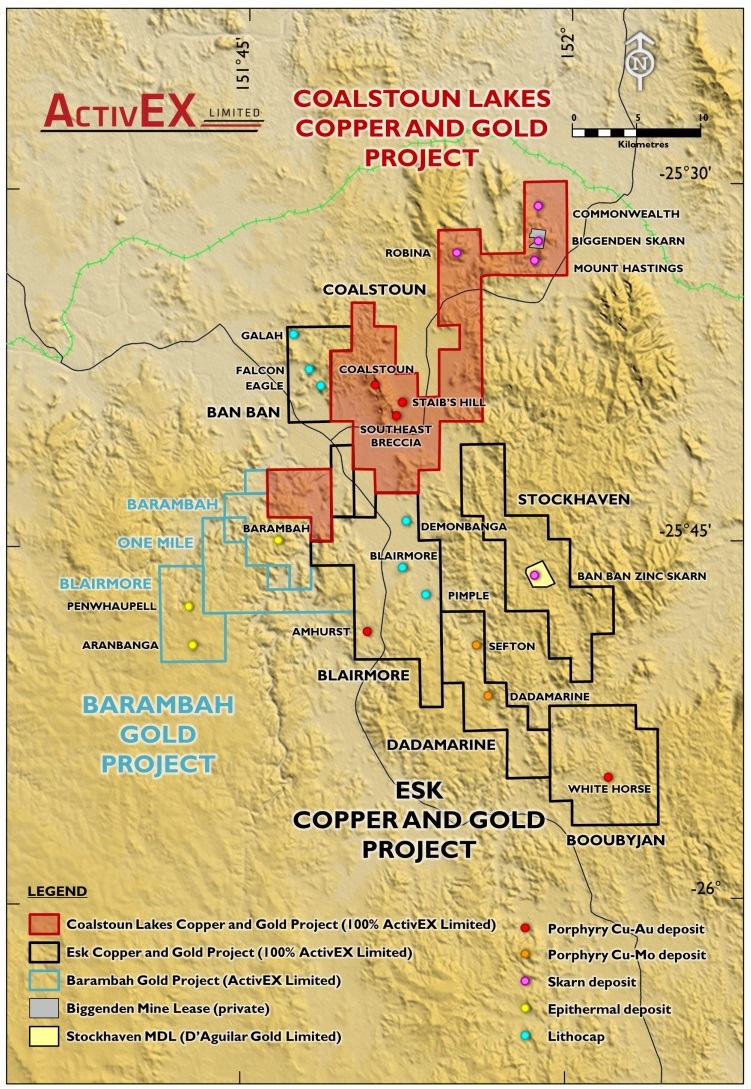 The Coalstoun copper deposit has open pit heap leach potential and has synergies with nearby White Horse supergene copper prospect. The White Horse prospect is located within the Booubyjan tenement (EPM 14476) which forms part of the Esk Copper and Gold Project (Figure 1).

The Company is looking to bring both prospects to resource stage and giving consideration to a combined project development. 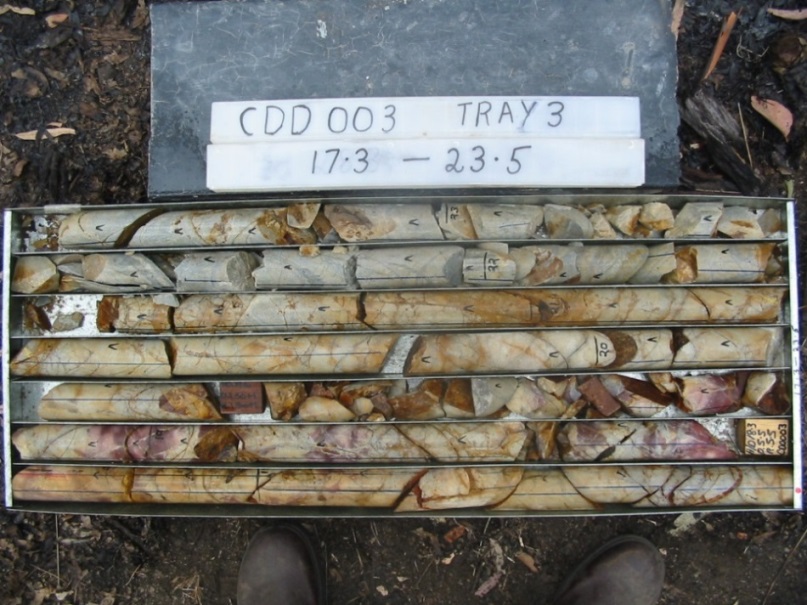 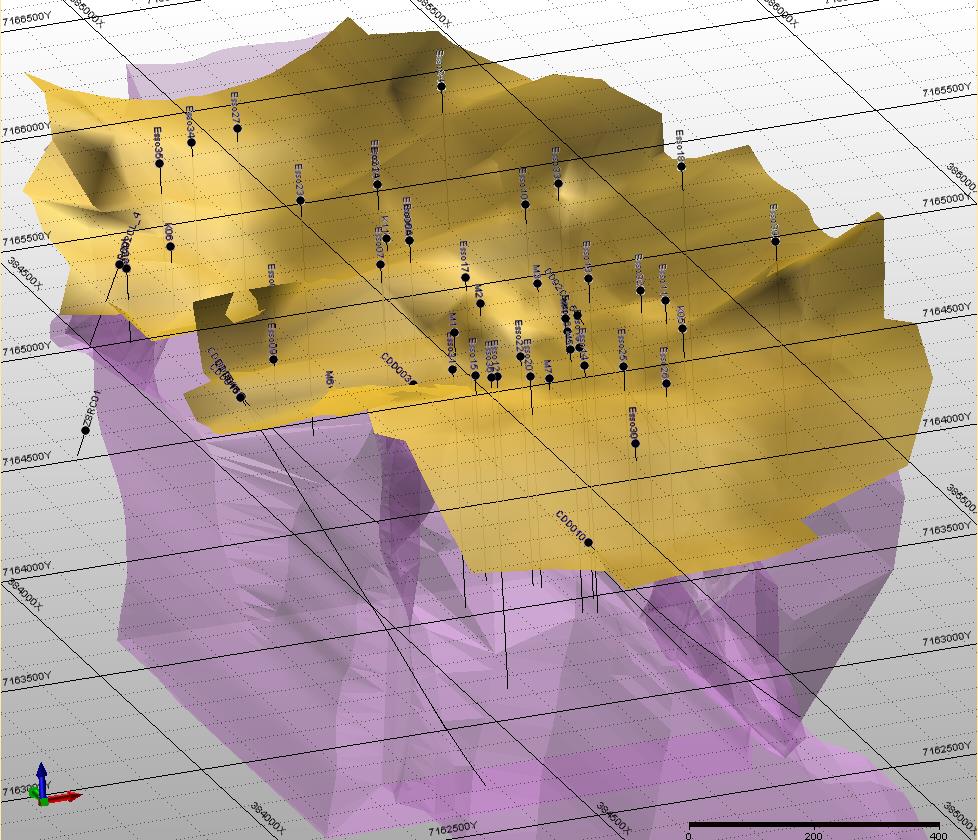 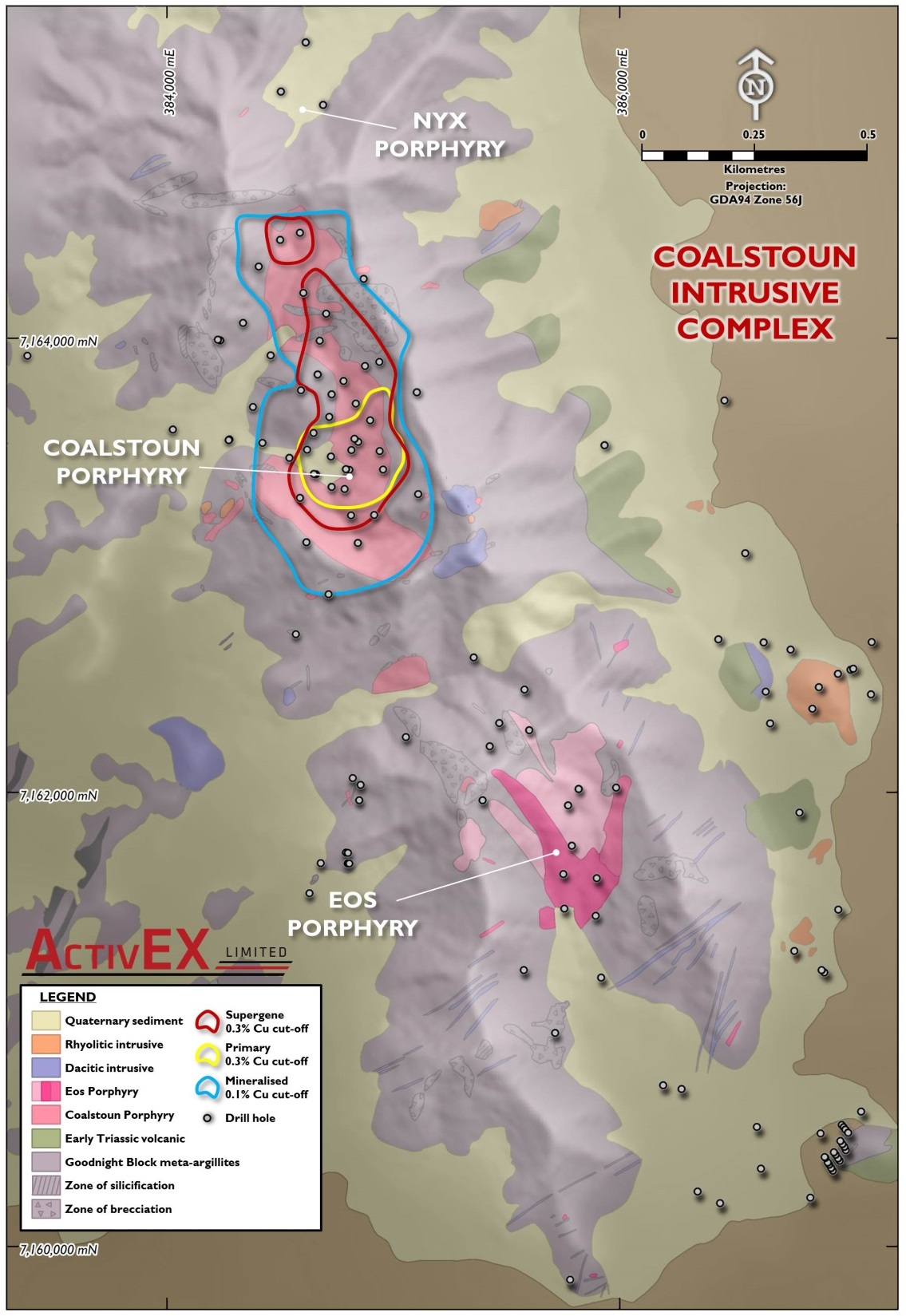 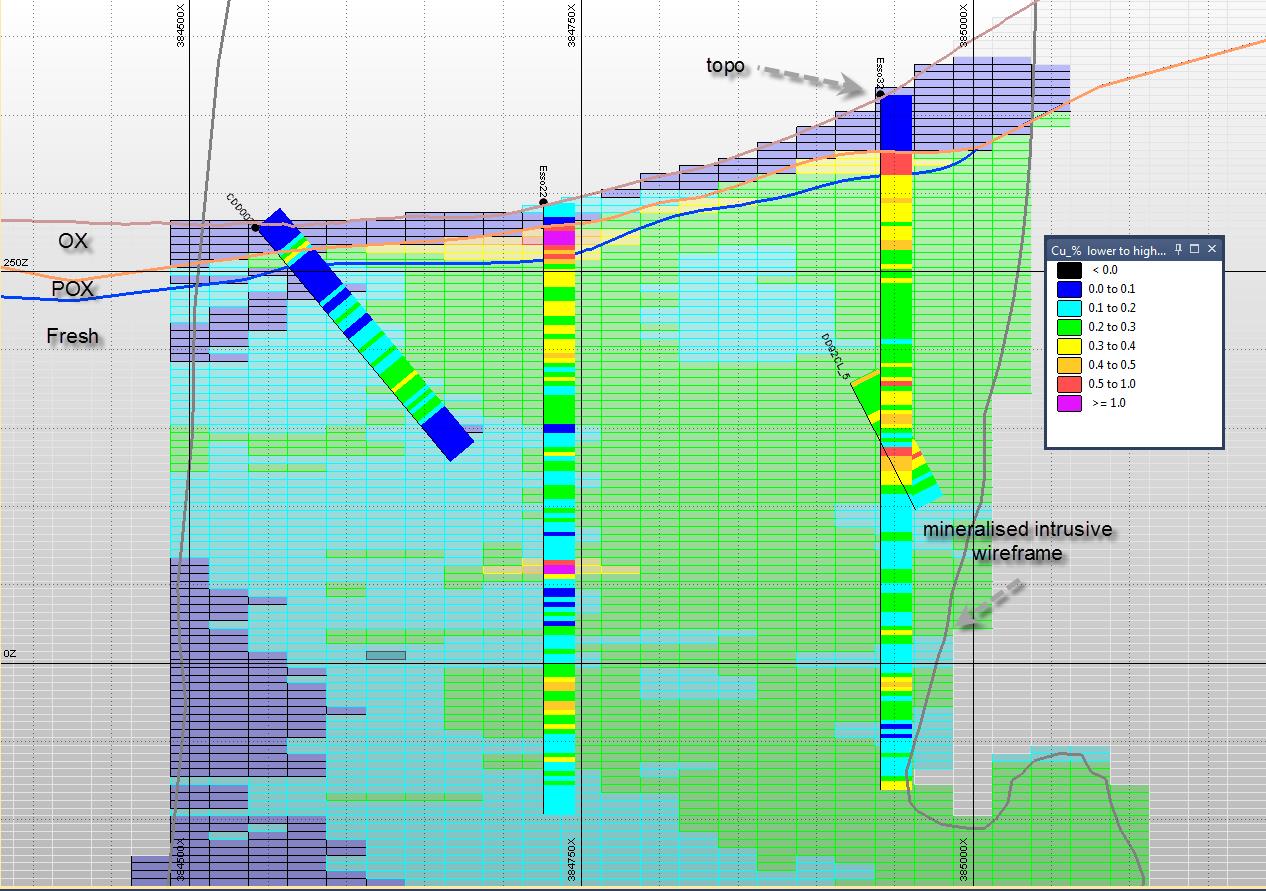